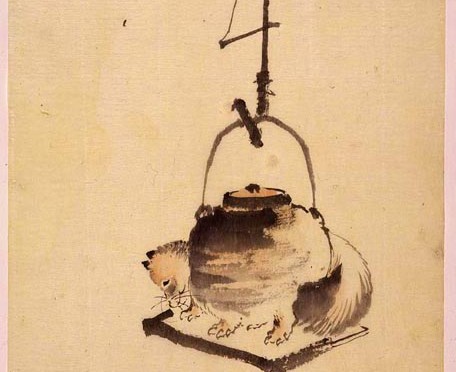 I have no clear memory of what happened next, or why. I don’t think I’d ever in my life tried to hit anyone before, not even my sister. Though I must admit I had considered it from time to time.

But something about Toumi’s sneer—her brittle anger, even more than her insult—pricked me to action. She hadn’t even turned away from me when my open hand caught her cheek. We both stood there, frozen in shock. It must have lasted less than a heartbeat’s time, but it felt as if a tree might have sprouted, grown, and fallen in the moment that we stood there, staring at each other. A red hand that matched the shape of my own began to darken against her pale skin. My palm burned.

Again, I have no idea how things happened next. I leaped backward and bounced against the wall. The boards had loose grooves that led straight up to the cat’s-cradle of overhanging beams. I could see that the door was now open on the other side of the stable and that, if I got up into the rafters, I could climb over Toumi’s head and escape out into the snow.

Toumi surged after me, snarling like a wild dog.

My arms and legs began to move without any conscious direction from me.

Before she could reach me, Toumi’s charge was snapped short. Little Brother’s enormous hand had fastened itself to the collar of her jacket and stopped her as surely as an iron chain. He held her at arm’s length, her feet dangling. He turned his round tiger face up to me.

Somehow, without even being aware of it, I had carried out the first part of my plan. I was in the rafters, well above Little Brother’s head, poised for escape.

Little Brother’s face was, as always, blank and unreadable. So was his companion’s, staring up at me from just inside the door, which he was blocking. I wouldn’t have been able to get out that way after all.

“Come down,” Little Brother said. His voice was as deep, slow earthquake rumble. “No one will be hurting anyone here today.”

He gently placed Toumi back by the fire.

I dropped out of the rafters onto the straw-strewn dirt floor.

“Listen to me, both of you.” He turned to the others, sitting around the fire. “All of you, listen to me. We face dangers enough. Do not add to them. You children are here out of Lady Chiyome’s kindness, out of her greatness of heart. All of you belong to the lady. You are her guests—” He looked at me. “—but you are also her possessions. If you wish Lady Chiyome’s kindness to continue, you are to treat all of her possessions respectfully.” His calm gaze caught Toumi as her face contorted in a look of poisonous hatred, a look that was aimed at me. “If you feel the need to fight, to hit, you are to hit me. But if you hit me, expect to be hit back.”

Toumi blinked, blinked again, and then turned away and strode out of the stable and into the snow.

Little Brother and his fellow giant stood, unmoving, not acknowledging her exit. I walked toward the fire, sat and tried to breathe. Their eyes followed me—the stares weren’t threatening, but I felt unnerved, even so. I was ashamed to have given way to anger, to have struck another in spite of everything that my father had always taught. No harm.

Finally, their eyes let go of me, and they went outside—no doubt to search for Toumi.

Now I was aware that Emi and Aimaru were looking at me.

I was still feeling as if I were about to be attacked. “What?” I grumbled at them.

“You are a squirrel,” said Emi.

“How did you do that?” said Aimaru, his face now looking more astonished than blissful.

“Do what?” I asked. Suddenly I felt hungry again.

“You climbed right up that wall like a spider,” said Aimaru.

“I’ve never seen a person climb like that,” Aimaru continued.

They both nodded, but I wasn’t sure that they believed me.

“You know,” I said, because I just felt as if I had to say something, “my name isn’t really Risuko.”

Aimaru raised both hands and smiled. Clearly it was all the same to him. His smile probably would have been just as Buddha-like if I’d said I was actually a kitsune, a fox-spirit who had come to steal all his food.

Emi, however, pouted at me and asked, “What is your name, then?”

“Oh,” I said, because, even though that was the logical question to ask after what I’d said, I hadn’t expected her to ask it. “It’s… It’s Murasaki.”

Her sad face twisted into a confused smirk. “Isn’t that a girl from some story? Some old story?”

“Yes,” I said, “The Tales of Genji. The name of the writer, too. It’s an old love story. It was my father’s favorite.”

Her mouth bowed even further down, and her eyes began to moisten. “Back when my mother was alive… She used to tell me stories from it.”

I simply nodded that I understood, and watched as first Emi and then Aimaru shuffled away from the fire toward the door, bedrolls in their hands.

“They’ll expect us to be ready to go,” Aimaru apologetically.

I looked around to see if there was anything for me to bring, but of course, there wasn’t anything. I was just considering hiding there in the stable, waiting for them all to go away, when I sensed a large, quiet presence behind me. I was not surprised to see Little Brother and his companion standing behind me like stone pillars.

I tried smiling at them. The younger one smiled back. “Please, sirs, I… What do I call you?”

“Little Brother,” they both said, in unison.

The younger one, the one who had winked at me, now smiled fully. “It amuses the lady to call us that. All of her followers—the teachers and students at Mochizuki”—Full Moon—“know us as the Little Brothers.”

Teachers? Mochizuki? Is there a school on the full moon? I wondered in my bewilderment.

The larger one didn’t seem to share his companion’s amusement. “Lady Chiyome has informed us that we will be leaving immediately.”

Let us know what you think in the comments below!

Want to read the whole book, help make the book even better by giving the author your feedback, and earn a gift card good at Amazon or iTunes? Sign up to be part of the Risuko Beta Team!