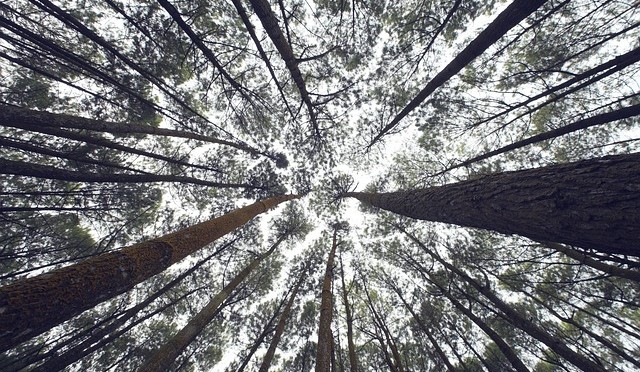 I’m not afraid of heights, not really.

It’s just that, like Terry Pratchett’s wonderful protagonist Tiffany Aching, I have a well-developed respect for depths.

It’s funny, then, that I’ve written a book about climbing — about a young girl who loves nothing more than being as high up in the air as she can be. How did that happen?

I grew up on the San Francisco Bay in a town that had a long, long breakwater. It was a wall of crumbled concrete and small boulders that kept the shore from washing out the Golden Gate. When I was twelve, a group of friends and I were hanging out at the top of the breakwater, playing the kinds of games that pre-teen boys play. We called one “Don’t Fall.”

The idea of the game was that you’d sneak up behind another boy, grab his shirt collar, push him, shout “Don’t fall!” and then pull him back.

Now, I was the biggest in this group of kids by a long shot. The smallest, my friend Jon’s brother Chris, was two years younger, and I was about one and a half times his size. To have the effect the game required, he decided to take a running start, pushing me with both hands. “Don’t fall!”

Well, I was one and a half times his size: he couldn’t hold me.

I fell, doing a full somersault on the ten-foot drop down to the rocks below and landing on my back.

Anyone who’s fallen like that can tell you: the fall isn’t the hard part. It’s the landing that’s the problem.

I was fine. The firefighters came and checked me out: bruised, but nothing damaged. Angry, but having learned to respect depths.

(Chris hid from me for days. Jon became a firefighter. I always wonder if that day was part of why.)

When my eldest daughter Sasha came along, she was cautious by nature. So she never brought me back to that breakwater.

But my youngest daughter Julia always seemed to leap first, and then figure out where she was going to land. Not easy for someone like me with that well-developed respect for depths.

One day when she was about four, I was watching her in a playground about half a mile from where Chris had pushed me. She was playing with her friend Lucas, some wild, two-person game of tag.

Lucas’s mom and I were chatting, when suddenly she said, “Where are the kids?”

We heard a call from above us. They were way up a small pine tree on the edge of the playground. Waving.

When my heart had dislodged itself from my throat, I asked Julia and Lucas to come down as carefully as they could.

Which, thankfully, they did.

At the time, Julia’s sister Sasha was reading a wonderful magazine called New Moon. Being a good dad (sometimes) and a compulsive reader, I read it too. I’d come across an article called “Killer Accessories.” It was about a school for young women during the latter part of the Japanese Civil War era. The article introduced me to the kunoichi, and to the semi-historical figure of Lady Chiyome.

That article, combined with Julia’s trip up the tree, sparked the idea for the initial scene of Risuko in my head. A few weeks later, I wrote the first draft of what is now the first chapter of the book. The girl up in the pine tree didn’t have a name, and I didn’t know where the story was going. That would take a long, long time. But I knew that she was going to be a kunoichi.

I also knew that climbing was going to give her a sense of freedom and excitement unlike anything else in her life.

And that’s how a guy who has a respect for depths came to write a novel about a girl who loves nothing more than heights.

Risuko has a strong sense of time and place, immersing the reader in a compelling tale of intrigue. Because we enter the fray alongside Risuko herself we meet the characters and learn the political machinations alongside her – allowing her to unravel the mysteries for us. Beautifully paced, we leave wanting more but not feeling cheated (as often happens with a “book 1”)