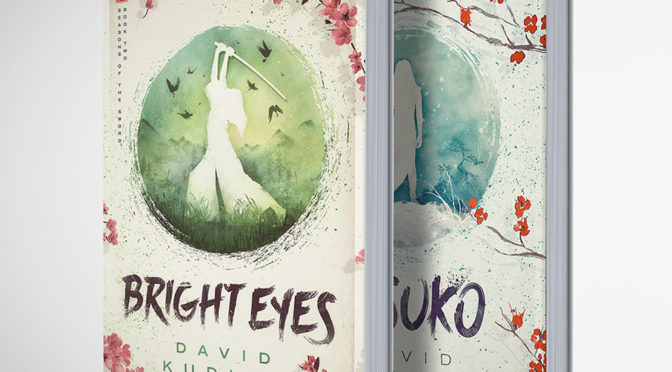 Can One Girl Win a War?

Kano Murasaki, called Risuko (Squirrel) is a young, fatherless girl, more comfortable climbing trees than down on the ground. Yet she finds herself enmeshed in a game where the board is the whole nation of Japan, where the pieces are armies, moved by scheming lords, and a single girl couldn’t possibly have the power to change the outcome.

Can One Girl Win a War?

Though Japan has been devastated by a century of civil war, Risuko just wants to climb trees.

Growing up far from the battlefields and court intrigues, the fatherless girl finds herself pulled into a plot that may reunite Japan — or may destroy it.

She is torn from her home and what is left of her family, but finds new friends at a school that may not be what it seems.

Magical but historical, Risuko follows her along the first dangerous steps to discovering who she truly is.

“Tight, exciting, and thoughtful… The characters are nicely varied and all the pieces fit into place deftly” — Kirkus Reviews

A sneak preview of the opening chapters of Risuko

Can One Girl Stop a Killer?

The future of Japan hangs in the balance, and it’s up to a girl who likes to climb to save the day

Two armies have descended on the Full Moon, and the war that has torn Japan apart for over a century threatens to destroy Lady Chiyome’s school for young shrine maidens (and assassins). Risuko must face warlords, samurai, angry cooks, a monster in the hills, the truth about her father, a spy among the kunoichi…

Someone kills a Takeda lieutenant, making it look like suicide. Can Risuko figure out who would do such thing?

And can she keep it from happening again?

Read a sneak preview of Bright Eyes: “The Cave”

Can One Girl Save a Nation?

With Japan’s future in the balance, Risuko may recover the Kano clan’s honor — or she may destroy it forever

Lord Takeda has sent Risuko, Emi, and Toumi on a mission to the capital. The road is dangerous. The destination is treacherous.  Risuko — the girl who just likes to climb — must make a choice that will have repercussions not only for Risuko’s life and those of her friends, but possibly for all of Japan.

In this thrilling third book in the Seasons of the Sword, she encounters old friends, new enemies, and a strange boy from a far-off land called Portugal. Through raging battles and deadly court intrigue, Risuko must follow a path narrower and less stable than any pine branch. And the consequences should she fail are sharp and hard as rocks below.

The red-and-white disguise of the kunoichi awaits.

I’m here to tell you: read this. You won’t regret it. The story is filled with character tension and growth, intrigue, and immersion in a Japanese world that feels incredibly authentic.