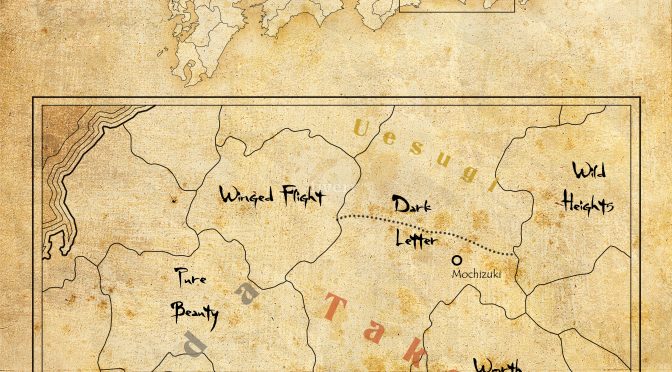 In preparation for the final publication of Risuko next month, Stillpoint Digital Press has produced lovely full-color Risuko maps. Here’s one of Lady Chiyome’s estate, the Full Moon: 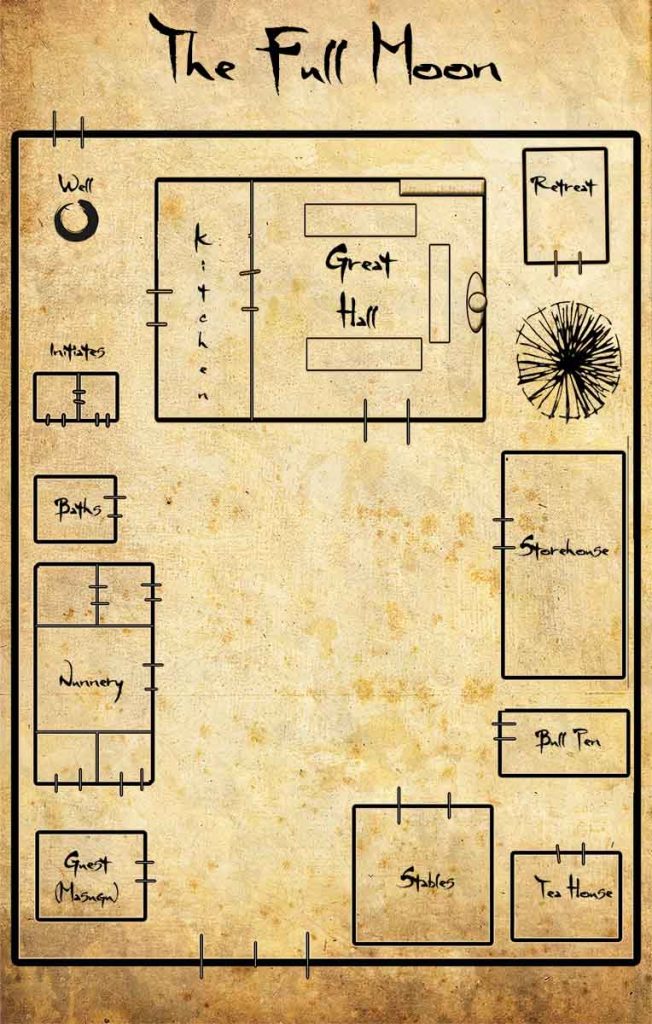 And here’s one of Japan as it was at the time of the book, with the colored clan names showing the territory that each clan controlled: 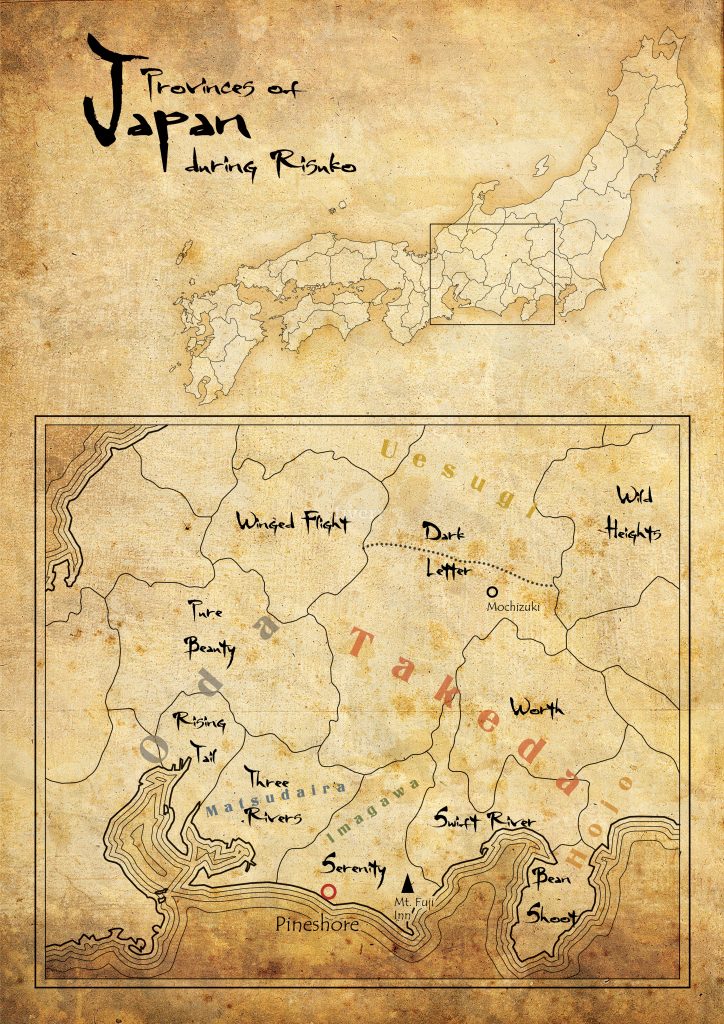 What do you think? I kind of want to hang that second one on my wall!

In other news, Risuko is now available for pre-order on Amazon’s Kindle Store

Though Japan has been devastated by a century of civil war, Risuko just wants to climb trees. Growing up far from the battlefields and court intrigues, the fatherless girl finds herself pulled into a plot that may reunite Japan — or may destroy it. She is torn from her home and what is left of her family, but finds new friends at a school that may not be what it seems.

Magical but historical, Risuko follows her along the first dangerous steps to discovering who she truly is.

Kano Murasaki, called Risuko (Squirrel) is a young, fatherless girl, more comfortable climbing trees than down on the ground. Yet she finds herself enmeshed in a game where the board is the whole nation of Japan, where the pieces are armies, moved by scheming lords, and a single girl couldn’t possibly have the power to change the outcome. Or could she?

Kudler brings a small corner of the world of feudal Japan to life with what feels like effortless ease. The descriptions are never overwhelming nor tiresome, but swift to paint a scene and quick to capture the imagination. The book is short but you never feel like you haven’t been introduced properly to the world. I definitely wanted more of the world and the story, and I assume this will happen in following books.