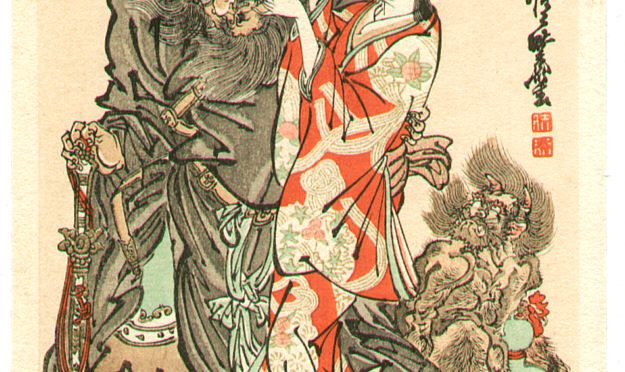 On writing historical fiction as if it were fantasy

When I first began working on my novel Risuko: A Kunoichi Tale, my daughters were both young, and they were both voracious readers. Which, not surprisingly, I am as well. And so we happily read a lot of books together — both pleasure books and books assigned by their teachers.

Now, most of the books Sasha and Julia brought home from school were wonderful. But I noticed pretty early on that a lot of the “historical fiction” was way heavier on the historical than the story.

Again, some of the books were great. The Witch of Blackbird Pond? Crispin: Cross of Lead? Number the Stars? Terrific.

But a lot of the others were… less so.

I found myself looking at the books that my daughters and I found compelling and realized that, first and foremost, they were great stories — that they had  lot more in common with the magic in the fantasy books that we all enjoyed together (Harry Potter, Artemis Fowl, Tamara Pierce’s Tortall books) than a history text.

And so, as I thought about what style I wanted to take on when I began writing Risuko, I decided that I was going to write my historical novel as if it were a fantasy.

In a lot of ways, that was easy: the Sengoku Jidai — the civil-war era during which Risuko is set — was nothing if not epic. It was longer than the Hundred Years’ War, bloodier than the Wars of the Roses, and featured more twists and betrayals than Game of Thrones.

The original spark for Risuko came from an article that I read in one of my girls’ magazines about a Sengoku war widow named Mochizuki Chiyome who had decided to do her bit to end Japan’s century of bloodshed by starting a school for female assassins, spies, and bodyguards — what are called kunoichi. The young women were free to wander around the war-ravaged country in the guise of miko — shrine maidens.

Swords, battles, and women assassins. How more epic can you get?

And Japan was fantastic as well. It was and is a deeply spiritual nation. The native Shintō religion features a multitude of local gods and spirits — think of the magical creatures who inhabit movies like Totoro or Spirited Away. The belief in such spirits, whether good, bad, or a little of both, was very much part of how Japanese people viewed the world. The spirits (kami) are part of the world in which Risuko and her friends live.

One of the greatest advantages that I had over a fantasy novelist was that my world already existed; I didn’t need to do endless “world building” exercises — I just had to do a lot of research.

That made for a huge disadvantage as well.

Kano Murasaki, the protagonist, narrator, and point-of-view character, is very much a product of her time. She’s a fatherless girl, the daughter of a disgraced samurai, living in the shadow of a lord’s castle. The historical situation almost literally created her.

But I didn’t want to overload the reader with facts about battles and alliances and all of the rest of the facts and figures that made so many of my daughters’ school books so dull.

Thinking about it, I chose an approach to exposition that worked pretty well for J.K. Rowling.

In the Harry Potter books, the narrator gains knowledge and understanding as the protagonist does. The point-of-view is very childlike in the first book, but by the last book it’s very morally complex and adult.

I tried to have Risuko start relatively innocent. She is living in Totomi Province — which literally translates as Serenity* — but is quickly pulled away from safety into the tumult of her time. The historical action is unfolding around her, but (like most of us, especially when we’re young) she’s mostly unaware of it. She stumbles into a battlefield, a bandits’ ambush, and ends up ultimately at a school for kunoichi —but I didn’t want her to understand the big picture of what was going on. I wanted her to slowly gain a more sophisticated understanding, and for the reader to gain it with her. Risuko starts the book a child in every sense, but by the end she is rapidly growing up.

Risuko is the first of four books in a series I’m calling Seasons of the Sword. While Risuko’s understanding of herself and of what is going on around her has expanded by the end of the first book, there is still more for her to understand and to master before she becomes “a very special kind of woman” — a kunoichi. She’s still got a way to go, but it’s going to be a fantastic journey!

* Okay, actually Totomi literally translates as “Eastern Serenity” — but when I first called it that in an early draft of the book, one of my readers asked “Where’s WESTERN Serenity?” Well, there isn’t one, so I chose to simplify the name. Poetic license?

2 thoughts on “The Magic of History”

I enjoyed Risuko very much. The prose is very vivid, the culture and Japanese language blended in as smoothly as supernatural elements in a well-written fantasy. Risuko is caught between trying to function in a war torn world, and daring to dream about making a difference.