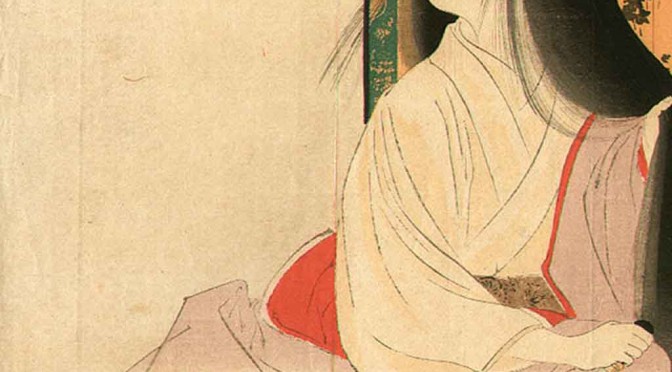 I’ve been asked many times how old Risuko and the other girls are in the Seasons of the Sword books.

Since these are young adult novels, it’s a good question. It’s one, however, I specifically chose not to answer in the text of the books. Before I answer, I need you to know that my answer will include some spoilers for Risuko. Just so you’re not surprised.

How old are Risuko, Emi, and Toumi?

So, if you’ve read the books, I’m going to guess that you figured out that the young girls — Risuko, Emi, and Toumi — are all just about at puberty age. A couple of things to remember: young women reach puberty much earlier now than they did even a hundred years ago. There are a lot of theories about why that is, but one of the reasons is almost certainly improved nutrition. All three of the girls were living in poverty, on the edge of starvation, up until they reached the Full Moon.

Under Kee Sun’s care, they receive a high-protein diet for the first time since they were young. All three girls grow quickly, though Emi grows the most.

All of that is to say that though she seems younger in some ways, Risuko is thirteen. The other girls are a bit older — about fourteen. (The Japanese count age by New Year’s Day, not birthday, with everyone going up a year at the same time. So in Japan, they’d all be thirteen.)

I don’t mention their ages in the book for a couple of reasons.

First of all, I wasn’t sure it really mattered.

Second, I wanted Emi and Toumi to hit their first moon time during the later chapters — and I didn’t want to go through the whole explanation that I just gave you. Didn’t think it moved the story forward much, and I wanted to talk about periods as little as possible so as not to get anyone too squeamish without any reason. (Some of my readers are obviously going to me more comfortable about the topic of menstruation than others — but it was a somewhat taboo subject in traditional Japanese culture, so I didn’t think it made sense to go into too much detail in the text.)

How about the others?

Everyone else at the Full Moon is, obviously, older.

Fuyudori, the senior initiate in Risuko, is around sixteen years old (in spite of her white hair), while Mai and Shino are a bit younger.

Mieko, the eldest of the kunoichi, and Lieutenant Masugu are both twenty-five. Mieko has been working for Lady Chiyome for not quite a decade, since she was a bit older than Risuko. (If you want to know more about Mieko, Kuniko, and the others when they were younger, check out the Kunoichi Companion Tales.)

The other kunoichi range in ages from eighteen to their mid-twenties.

Lady Chiyome and Kee Sun, the Korean cook, are both in their forties. She’s a bit older than he is.

There. Long answer to a simple question. 🙂

By the way, why do you think I had moon time show up in the book at all?

5 thoughts on “How old are Risuko and the others?”