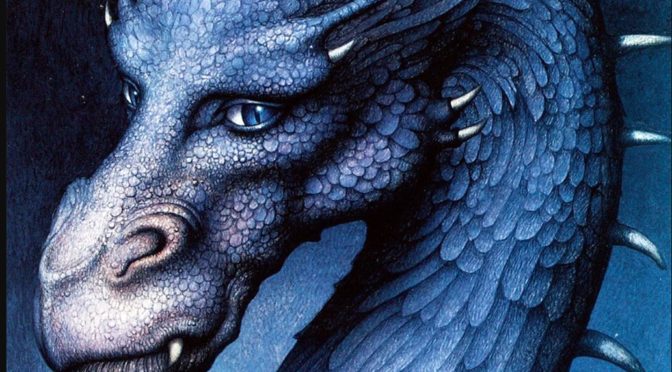 When Cristopher Paolini’s epic dragon-rider fantasy novel Eragon came out, I had just conceived of the book that would become Risuko.

And Eragon depressed the heck out of me.

Certainly not because I didn’t like it — quite the opposite!

Of course, it wasn’t a particularly ground-breaking piece of high fantasy. As I read it with my daughters, I could spot bits and pieces of JRR Tolkien, Ursula Le Guin, Anne McCaffrey (of Dragonriders of Pern fame), and Star Wars, among others. Heck, even the title character’s name was obviously derivative of Tolkien’s Aragorn.

It felt as if I could tell what Paolini had been reading the night before he wrote a particular scene, but that was okay — it was still a good read. The language was not bad, the characters were mostly engaging, the action sequences fun. The less trope-y bits of fantasy were interesting. The non-magical characters were some of the most compelling.

Mind, the romance felt adolescent. 🙄 And the world-building was a bit… odd. (Really, if you’ve got an enormous empire, your capital is going to sit in the middle of a huge wilderness? How do the economics of that work?)

Even so, honestly, it was an impressive first novel. Especially for a teen.

Because Christopher Paolini was just 16 when the book was originally published.

So what actually depressed me?

Well, I’d been working on writing novels for years — decades — and I’d never finished one. Mysteries. Fantasies. Literary Fiction. Few got past more than a couple of thousand words. False starts and rough outlines still litter my hard drive. My only published work at the time was a children’s picture book.

And this little punk had not only conceived a fully worked-out, fairly original story, he’d completed it. With his parents’ help, he’d developed it, refined it, edited it, and published it. All by the age of sixteen.

It was that audacity that kicked me in the butt and made me decide that, by hook or by crook, I was going to learn the craft of writing a novel and finish the project I had just started: Risuko.

Which took me way longer than I thought it would, but hey! I did it! And I’ve finished the sequel, Bright Eyes, too — and now I’m at work on Kano, book 3.

So thank you, Christopher Paolini.