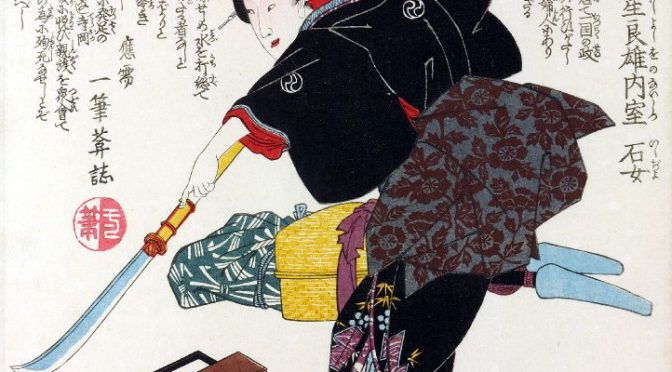 Here’s the story of how I crushed a character mutiny and finished a book.

Back when Risuko first came out, I was hard at work on the sequel, Bright Eyes. I was cruising along, with every expectation that I’d have the book ready for publication in 2018.

Then one of my characters mutinied.

I was about to kill her off (spectacularly, I thought) in order to move the plot forward. As I began to write the scene, however, I realized that I hadn’t set up the death or the character well.

In my mind, she sat there, yelling at me, telling me the scene sucked. And the way I had written her character sucked. And because they sucked, the whole book to that point sucked. Massively.

She wasn’t very polite about it.

I realized, to my horror, that she was right.

Now, I’d killed off characters before, and none of them had liked it. I’d told them that I was sorry to do it, and they’d gone along with it because the story needed them to die. I mean, I’m writing books about a young girl in the middle of a civil war being trained to become an assassin. You can’t make an omelet without breaking some eggs.

I had to grant, however, that the omelet I was making wasn’t ready for that egg to break just yet.

Bright Eyes ground to a halt. I was stuck.

As you know, I’m sure, writing is really hard. Writing a novel is like trying to juggle dozens of scorpions. You have to keep track of a huge number of uncooperative parts, keeping them moving together — keeping them all in the air.

And when you lose track and one stings you, the whole enterprise crashes to the ground.

I asked other writers how I should best move forward. Most of them suggested that I put the mutinous girl and her death scene aside, and simply keep writing — that by reaching the end of the book, I’d see what I needed to do with my mutineer.

I tried — I really did. I spent two years straining to finish the manuscript, so that I could go back and clean things up. Hey, I knew I was going to have to rewrite anyway.

But that approach didn’t work for me. Not for this book, at least.

Back to the Beginning

Eventually, I realized that I needed to completely rethink where I was going. And without going back and rethinking/rewriting the whole of what I’d already written, I couldn’t see where the story needed to head. I spent quite a while moving scenes around, deleting, adding, taking notes. (If you’re interested, I use the writing app Scrivener, which makes this kind of thing easy. Well, easier, at least. It’s still juggling scorpions!) I cut a fun secondary character who introduced a lot of confusion and unnecessary action and exposition. I focused the action of the story in on Risuko — even as the Full Moon was overrun by invaders.

After another year up to my elbows in the guts of the book, I was able to see more clearly what I’d been setting up, and followed those threads.

Last November, after many false starts and scorpion-stung fingers, I was finally able to type 終 — The End.

And yeah: I killed off the character who’d refused to die. And I enjoyed doing it. 🙂